Creating a CRM community in Sweden has long been a goal of mine why I am very happy to report that we the first community meeting finally has taken place. In hotel Anglais next to Stureplan in Stockholm, we had a CRM Techie After Work.

I was, together with Peter Björkmarker and Allan Varcoe responsible for the content of this first meeting. Peter and Allan took opposing sides in the use of managed solutions in customer projects (not ISV-solutions) and after the inital walkthrough there was a general discussion on the subject which I had the privilage of moderating. Microsoft backed up the event by the presence of Fredrik Wolbe.

I found the discussions very interesting and most of all liked the open attitude of sharing the experience and knowledge that we all have.

We also had some discussions on what to discuss next time we meet, and Fredrik Wolbe mentioned that he might get some product specialists to show us the new HTML5 GUI that most of us have only seen in screen shots. This was liked by most so Fredrik promised to try to make it happen.

The event was attended by about 20 people from different companies. Let’s hope there is even more people attending next time! I will be sure to post some info as soon as it has been decided.

Tip! There are rumours out of an extraordinary book coming out very soon! Keep you eyes and ears open!

There are many bloggers in the CRM community and in just the latest few months, several new CRM blogs have been started here in Sweden. I think this is great as experience sharing will make us all wealthier in knowledge and increase our edge on the competition from other inferior CRM-systems (none mentioned, especially not SF).

However, there are also several shady companies around that instead of creating their own content, blatently steal content from others. Probably because they do not have the competence themselves to write anything original. I think this is sad and it makes me angry as many of the bloggers around share their knowledge in their free time without any profit interest. This kind of behavior does risk some of these people to stop sharing which would be bad for us all, but great for the competition.

Some of these content theives, are not only lazy, they are also rather dim why a fellow blogger Jukka Niiranen, who was victim of one of these leeches, decided to play them a little prank. Do read about it and laugh!

By the way, I write all my content my self, and if I am copy-pasting anything I always try to be very strict with the original source. If you have any comments on this, or feel that I have not given you enough credit for your work, please contact me. 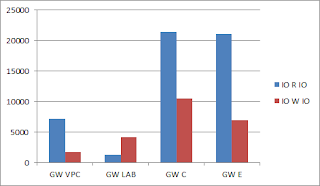 There seems to be a nice trend of lot of new CRM bloggers here in Sweden. I think this is great, mercantilism always has to give way to free trade! Even more so in the information era.

Alan Varcoe, a Dynamics CRM veteran and architect, who some of you might have noticed has left some comments here from time to time, has now started his own blog. He has written an interesting post managed and unmanaged solutions. Do check it out!

Let’s hope this discussion results in some new features from Microsoft in this area, as that would be greatly appreciated!