Uninstalling a managed solution? (ie Deleting it) Getting a bad error message saying you can´t? (Cannot Delete Component) And you don’t know how to find what the dependencies are for the solution? So did I. And perhaps you, as I, did not notice the small link in the dialog which says “Details” that takes you directly to the “Dependencies” page.

So, if you did miss that, or for some other reason want to know how to get to the dependency page of a solution, read on.

I found this blog article: https://www.interactivewebs.com/blog/index.php/crm-2015/crm-2015-2013-find-dependencies-for-managed-solution/

which described how to find the dependencies in a nice way in a CRM 2013/2015 on-prem environment where you have access to the database. But I was using Dynamics 365 (8.2) so that was no option.

The one part you cannot do in an online instance, in that article is to open the SQL database, in case you tried. So the trick was to find some other way to find the guid of the managed solution and it is of course quite simple, just right click it and select “Email a link” and your favorite email editor will open with the guid shown and you just have to know which part to cut, see the picture below:

Then just follow the instructions from the blog above and insert the guid into the url provided:

Replacing “YOUR CRM URL” with the url to your D365 and GUID with the guid above.

That got me to this page, which after some de-privatization looks like a document from the Swedish tax authorities:

Thanks again to InteractiveWebs for the original article. 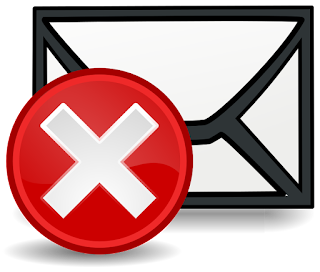 Using queues is in D365/CRM for managing functional email addresses is the the only way to go as
far as I know, unless you want to set it up as a full user, which I don’t really see the point of.

I recently ran into an interesting issue with a customer pertaining to queues and that is when you want to be able to forward mails internally to users that are registered in D365/CRM. What happens is that with the standard setting you will get two emails. Hence, you might think that going into System settings and the email tab and unchecking the “Track emails sent between CRM users as two activities”. However, this will have the unpleasant effect of disabling internal emails to queues, or in other words, if an internal user sends an email to a queue, to a system with this setting unchecked, D365/CRM will simply ignore the mail and not pull it into the D365/CRM.

There is a setting here called: DoNotIgnoreInternalEmailToQueues which by default is set to False. So, if you uncheck the “Track email sent between to activities” and then set this to True, the system will not ignore your internal emails.

A small word of caution, OrgDBOrg settings are fringe (but still supported) settings which hence are probable not as tested as normal settings in D365. I would hence recommend that you only use OrgDBOrg setting in the case you need very specifically them.

George Doubinski is coming to Stockholm and he is going to be holding a very rare level 300 (= advanced) Dynamics 365 developer training.

George is an MVP and a good friend of mine and one of the bright beacons in the D365 community, co-founder of both http://crmtipoftheday.com/ and http://crm.audio/ . He is an excellent developer who told me that he is always striving to learning something new. Last he said his goal was to learn a new programming language every year. And to top that off, he is a great presentor and teacher as he is a lot of fun to listen to and almost none can match his skills when it comes to coding in Dynamics 365.

We at CRM-Konsulterna were very happy when we were able to convince him to come to Sweden and Stockholm and teach us some of what he knows! He lives in Australia so this doesn’t happen often.

Read more about it here: https://www.eventbrite.co.uk/e/dynamics-365crm-developer-master-class-in-stockholm-with-george-doubinski-tickets-31443903562

Hope to see you there!