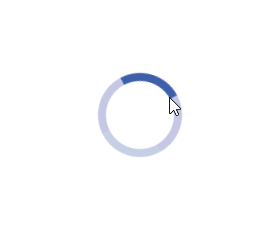 PowerApps or as the new name for it is, Canvas driven Apps, is a very fast low/no-code way of creating applications that can fill in the blanks where Dynamics 365 CE sometimes fit. Can for instance be when there is a mapping entity, a complex calendar functionality or even integrations with a camera or other applications directly. These things can be done, some are even supported within the new UI/UCI if you are running it through the tablet/mobile client. However, there is currently no easy way that I have found to just add a PowerApp/Canvas Drive App (I will just call it PowerApp below to make things easier) to Dynamics. But after a chat with my friend, ex MVP and now Microsoft Global Black Belt Carsten Groth (isn’t that a cool name for a team by the way?) he told me that it is possible to embed PowerApps. So I googled a bit a found that no one seemed to have blogged about this (if you have, please tell me in the comments) except for other it concerning other applications like SharePoint. I tried it out and found that it wasn’t that hard at all to embedd a PowerApp into Dynamics 365.

The first thing we have to start with is to create our PowerApp. You can get to this place by browsing to https://web.powerapps.com or clicking the waffle in Office365 and then selecting PowerApps. In my case, I used the Dynamics 365 template and pointed to the Case Entity and did more or less pressed Next-next-finnish. I did replace the field that was shown in the first screen from the Guid of the case to the field “title” as that makes a little bit more sense looking at.

What we then need is the embedding syntax for PowerApps which is:
<iframe src=”https://web.powerapps.com/webplayer/iframeapp?source=iframe&screenColor=rgba(104,101,171,1)&appId=/providers/Microsoft.PowerApps/apps/[AppId]” />

You need to replace the [AppId] with your AppId. Also, if you do not specify it, the iframe it will typically render rather small so I would recommend either setting the size of it directly with width and height attributes or using css, the latter being more kosher.
I tried setting an Iframe directly with this in Dynamics 365, but that didn’t seem to work. All I got was a spinner like this:
Not sure why this is.
So, I circumvented it and created a very small html-page like this:
<html>
<body>
<iframe width=”1024px” height=”768px” src=”https://web.powerapps.com/webplayer/iframeapp?source=iframe&screenColor=rgba(104,101,171,1)&appId=/providers/Microsoft.PowerApps/apps/904e3ac1-1e26-4b4b-a384-971485f6709c” />
</body>
</html>
Then I uploaded this file as a webresource to Dynamics.
After uploading it, in the WebResource screen, you can test the page by clicking on the URL. It should show a webpage with the PowerApp.
Now you can use this web resource wherever you want. Like directly in a sitemap:
It should be possible to send parameters to the PowerApp as well making them context aware so that we can create PowerApps that for instance show up within a case and show specific data on that case after you have selected it in Dynamics 365. However, if you look at the iframe syntax you will see that the AppId and stuff is already a parameter and I need to research this a bit more to be able to figure it out. I think that the html web resource probably has to shuffle the query string parameters from Dynamics to PowerApps. I will leave this hanging and hope that someone else in the community catches this ball! Otherwise I will try to figure it out later.
As CDS (common data service) and Modular Driven Apps are the same thing as Dynamics 365, just with less sugar on top, this technique can be used there as well.
If you find anything unclear or have any questions, please leave a comment (moderated).

Unable to open Case entity forms – any of them…

I just ran into one of the weirdest errors I have seen in my Dynamics CRM/365 carreer, and I have seen a few.

The problem we had was that the case entity had stopped working more or less totally. When trying to open any type of case form either as a normal user or in the form editor, I got a more or less anonymous error message. After a lot of banging my head against the wall and loosing some of my few strands of hair, I finally with the help of Deepesh excellent blog article:
https://dynamicsofdynamicscrm.com/2015/09/22/error-resolutionthe-case-of-the-form-which-stopped-loading-in-dynamics-crm/
it got me on the right track. I did some URL-hacking to try to access the form editor directly and accidentaly got to a mixed form editor. Very weird, but it showed that the form itself wasn’t broken, hence there was something wrong further down… probably the fields, just as Deepesh’s error. And after removing all custom fields, I got it working. Then tediously going back and removing them one by one, I found the culprit, a custom Lookup to the Product.

To give you some more background:

When trying to edit any case form, I got the following error:

When trying to create a new case, I got the following error:

And if I downloaded the file, the contents was: (I have hightlighted the part which has some, but only slight relevance)

Here are some facts:

So to sum it up. This is most obviously a bug in the Dynamics 365 platform as it should never be able to go into this state. In my case entity the problem was two lookups AND the main “Case” form. After removing the fields and removing all non-necessary stuff from the form by using a URL hack described above, I managed to get it working.
If you run into this, I hope you manage to fix it. It isn’t easy and it will take some time. Hopefully I have given you some pointers.

I am working with a Customer now who is very savvy an wants to do a lot himself, which I generally encourage as this one of the inherent strengths of Dynamics CRM  and it would be sad to take it away. Of course we need a healthy discussion on where the line should be drawn on where he should stop configuring and I continue. In larger systems, you also need to take sandboxing/QA instancing into this perspective which of course makes it a bit trickier but this Customer is not so large so they can, at least for the time being, do their configuring directly in the system. It is always a matter of weighing the costs against the benifits.

However, we suddenly ran into a problem when we couldn’t run “Publish All” any more. It just showed a dialog with a cryptic message mentioning object with id [1] missing.

My first thought was that this must be in relation to one specific entity so I started trying to publish one entity at a time (starting with the ones we have changed a lot) and I quite quickly noticed that I got an error when trying to publish Opportunity but not other entities.

I then created a new solution, added Opportunity to this and included all dependencies, and made sure to publish all dependencies Before trying to publish Opportunity, just to make sure that there wasn’t some error in CRM:s causality of publishing. After doing this, I finally go an error message which said something useful, it said that a saved Query of a specifc GUID was missing. This probably meant that this Query was being used on a form in a subgrid and had been removed and when trying to publish, it would not, as the view did not exist.

I opened the form, went through all the subgrids and made sure that the selected view was an existing selection, saved and published the form and it worked. After this publish all also worked.

So the general conclusion is that you should be careful when deleting views as these might be used in subgrids, and the second conclusion is that Microsoft hopefuly will add a dependency blocker that disallows the deletion of a view that is being used in a subgrid.