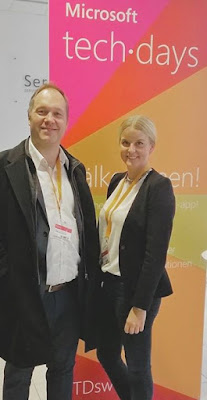 In this series of posts on how to use Dr. John Kotter’s 8 Step method for implementing change specifically in CRM implementations, we have now come to the part about generating short term wins.

I think many of you who have been around in some CRM implementations, especially when using more Classic Project modells, like the waterfall, when replacing older systems with large amounts of functionality and integrations with a Dynamics CRM that management start to question the Project, and maybe suggest pulling the plug, a lot of effort has to be put into convincing the Project sponsors to continue the Project.

This is also the reason why new Project models, such as the agile model has been developed, as this makes sure to deliver short term wins early on, after each sprint. Many Dynamics CRM Consultant also try to phase implementations to make sure to deliver early on.

Dr. Kotter emphises that it is important to plan for short term wins not just to hope for them. They should be quantifiable/measurable so that you can show them to the Project sponsors as clear and undisputed wins.

In the Project, it is adivsable to define the short term wins that you are planning to achieve and assigning a person as responsible for making sure that this happens.

In one of the my upgrade Projects from CRM 4 to CRM 2013 including integrations to an ERP system we initially focused all the energy on the Technical parts of the integration and just making sure that we could get the same functionality that was actually working in CRM 4 to Work in CRM 2013, using the “Information” forms, not the new forms. However, the Customer had been checking out trials on CRM Online and when we started showing them the upgraded CRM 2013 they were disappointed, despite all our really hard Work! We had tried to slim the Project budget by excluding the form upgrade stuff, moving it to a later phase, but the Customer felt that there was no win, the spent a lot of Money in the upgrade, but for no win. So we added a few hours for fixing the forms, and this made the customer a lot happier. We should have planned for short term wins from the beginning, not just the long term win of the upgraded system, and the use of new forms in later phases. Remember customers don’t experience your input, they experience your output. Just like with communication.