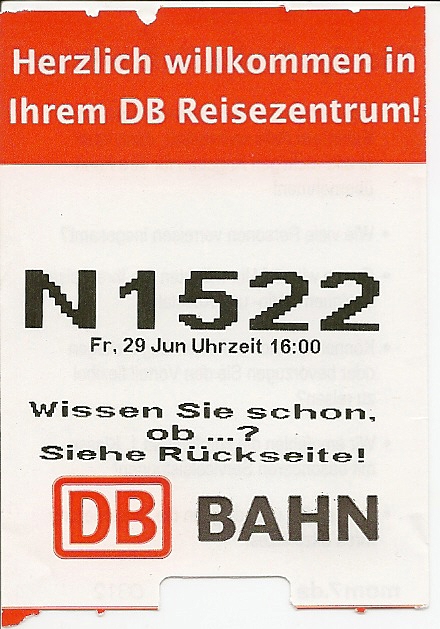 Be aware of Synchronous Workflows on incoming emails and Queue items

During the last few Days I have been having the not so pleasant experience of trying to find some really nasty errors in incoming emails to a queue in CRM. We are using CRM 2013 SP1 (on prem) and hence are using the Server Side Sync. Everything had been working great and we had developed some neat workflows that did some magic to convert emails to cases (as those features were not available, and not good enough either) when we develop our stuff.

Well, thing stopped working, I tried sending emails to the CRM server, but none were received in CRM. All I got in CRM was a not so descriptive general alert saying:

“An error occurred while creating incoming email in Microsoft Dynamics CRM for the mailbox XYZ. To view the email that failed, see the alerts in the mailbox record.”

and in the mailbox:
“An error occurred while creating the incoming email “Test 1512″ in Microsoft Dynamics CRM for the mailbox XYZ.”

As I am working on my telepathic abilities, I have not yet reached a level where I can understand what is wrong so I had a look in the trace, and I was very happy I was running an on-prem server. It is a bit long, don’t worry if you don’t understand it all, nobody (I think) does.

As the Server Side Sync has something of a rep for not being the most reliable guy in Town, I wasn’t really sure if this error really was an error that we had caused or if there was something wrong with the server side sync. As my perception was that we hadn’t really changed any thing, I started with the recreating the mailbox, recreated the server profile, ran test and enable and that worked, but when I tried sending my own emails, from different email accounts, as you never know if there is something spooking it with a specific email address, I still never got the queue to read any emails, not even the test emails created by CRM. I was starting to get a bit short on hair by this time, so I resorted to my classical troubleshooting method of backing off as far as possible and seeing if things still were broken, and I hence deactivated all workflows and plugins that were associated to email and Queue item, and gave the user full access and I was once again awarded with this method, emails started arriving in the queue in CRM.

I then revoked admin access and started re-enabling each single workflow/plugin until thing started
breaking again. This turned out to be a painstaking process as the only way I found to test this was to send an email to CRM and then wait for about 5 minutes until it was/or was not pulled into the queue.
It took me more or less a days work just to find the two workflows that were causing the problems.

The actual problems in them selves, arn’t really that interesting, it turned out that the error message above was actually quite correct, If you try to set a null-user to an owner field, CRM will respond like this.

What I did notice however was that the workflows that we were using on “queue item” in this case were synchronous (yes, yes, we do have good reasons for it, I hope you do to, Otherwise, please choose asynchronous/background workflows) and as they broke, CRM did two interesting facts that are not very desirable and noteworthy:

Based on this I have the following recommendations:

We also found a related bug in CRM today, if you try to create an asynchronous workflow that triggers on a field which has field based rights activated on it, it will break, with some weird error message about not being able to change domain for the user. The simple fix for that is to make the workflow synchronous and to make it run as the user that activates it, that worked. We didn’t try to run it as the user who created the workflow, as that is the same logic that is used in asynchronous workflows, I wasn’t too keen on trying something that was more likely to fail. If you have tried it, please leave a comment below.

I hope to see a lot of people tomorrow on the 19:th at the Swedish CRM UG Meeting!

Had an interesting problem today. I want to trigger workflows from an aspx-page by finding the right one by name and for some reason, I got an exception that the workflow had to be flagged to allow manual activation or to be run as a subworkflow. This was very strange since I several times checked the workflow and it was not only published, but both the flags for manual activation and run as sub workflow were checked.

So, I applied my principle of first trying to find where the error was instead of finding what it was.

By tracing and checking some, I found that the webservice actually returned 4 workflows with the exact name I was looking for. I tried to load some of them in the GUI by changing the URL and they did load but they were strange some how since I could not change them. 2 were drafts, 2 were published, 2 were marked as runondemand and 2 were not. The last one proved to be the right one (both published and runondemand).

So, I had to change the code for fetching the GUID for a workflow with a specific name, so that it also checked that the workflow was both published and was allowed to be run on demand. So, if you run into similar problems, you know what to do.

When creating workflows there are some things that have to be taken into account. One thing that you might not know the details about is the Scope in “Options for Automatic Workflows”. There are four options that are very similar to the options used for setting up security roles. They are:

Bellow the selection of the scope, there are some workflow triggering options, like starting the workflow when on create or when an attribute has changed.

The meaning of this is that dependent on the scope you have selected, the triggering will be set up, based on the user who owns the workflow.

So, for instance, if I select “User” in scope and then select triggering on attribute change, and I am the owner of the workflow, then it will only trigger when I make a change to the object.

If scope is set to Organization, it will trigger for all users in the tennant which is why this is most often used. Note however that user is set as default, so you’ll have to change this when creating the workflow if you want it to work for someone else than yourself.

This is a useful tool since it can allow powerusers to create their own workflows to help them with their work without actually enabling this for everyone else.

As I have mentioned earlier, the workflow functionality is very powerful, and even thought there are protections agains infinite recursions and such, there is still the risk that semi skilled powerusers creating workflows that put a heavy load on the asyncservice, so I would be a bit reluctant on letting them use this. Thorough training is a must before and try to teach them to keep the workflows simple. If you have several custom workflow activities, for instance, activities for integrating with other systems, I would be very careful since it is hard, if not impossible to restrict a custom workflow activity to just a selected amount of users.

Sometimes you will need to import large customization files from one system to a vanilla system (no customizations). This file will often include workflows as well as new entities and attributes.

Since the workflows are dependant on the entities of the CRM system, a workflow cannot be imported if the entities it depends on do not exist.

This is usually not a problem in English based systems since Workflow starts with the letter “W” and hence is quite far down the list. In Swedish it is named “Arbetsflöde” and hence will be placed at the top. So, when importing the customization file, if importing everything, the system might give you an error if any workflow is dependant on an entitiy with a displayname after “A”.

The solution is simple, just import everything but workflows first and then import workflows.